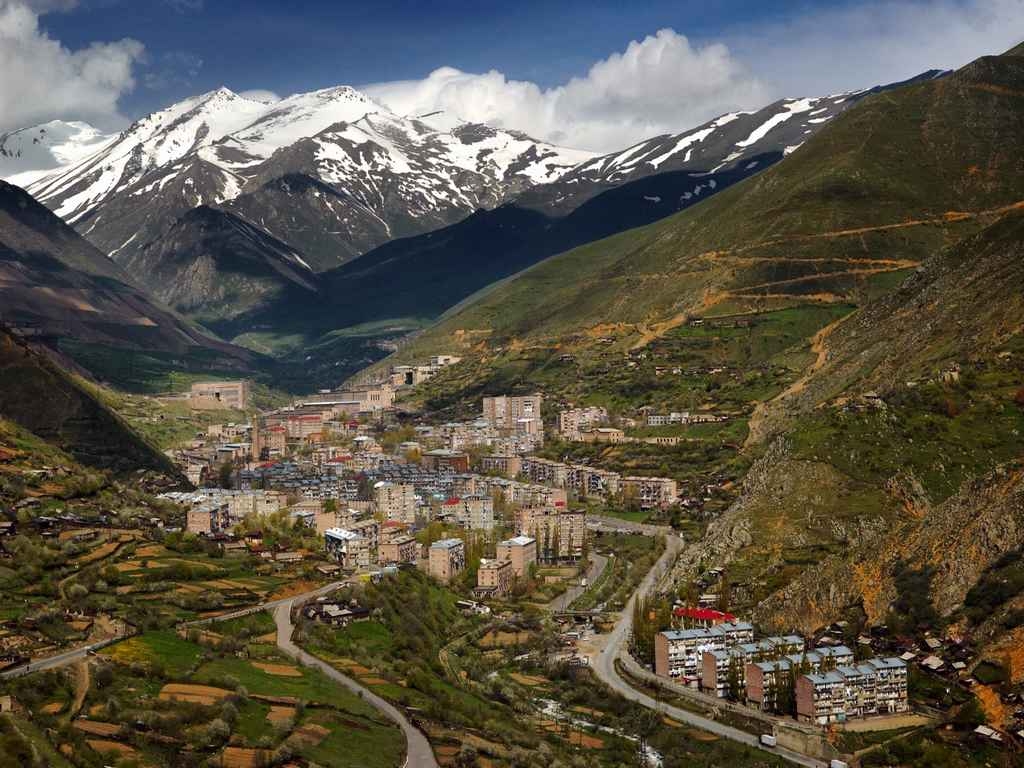 Processes of volcanic and tectonic activity going on at the Armenian plateau for thousands years, have formed in its bowels a real "geological museum" where one can find out samples of all rocks making the crust of our planet.

Stiffened in layers of the earth's crust magma of volcanoes, which has born from depths of the ground solutions of set of metals is a source of rich ore deposits. That is why in territory of modern Armenia there is an iron, copper, molybdenum and polymetallic ores, there is a barite with impurity of gold and silver, lead and zinc, deposits of nefeline syenites (raw material for manufacture of aluminium) and a deposit of manganese. There are deposits of radical gold and display of platinum, a congestion of antimony, mercury and arsenic. On deposits of nonferrous metals rare-ground elements - bismuth, gallium, indium, selenium, thallium, tellurium and rhenium are found out.

Volcanic and sedimentary rocks appeared to be an excellent building material. A special place here belong to tufa - orange, yellow, pink, black. Except for tufa, Armenia is rich with deposits of marble, travertine, limestones. Near to Yerevan the deposit of table salt, which thickness of a layer exceeds 100 meters was found out.

Artesian and fissure waters rising from the depth of the earth give rise to numerous mineral sources. Sources of Jermuk, Dilijan, Bjni, Hankavan and Sevan are the most known.

The variety of Armenian semiprecious stones can cause envy of jewelers and connoisseurs. The most beautiful versions of quartz - agate, jasper, amethyst are distributed in area of Ijevan at the settlement of Sev Qar. Armenia is especially rich with semiprecious versions of obsidian (a volcanic glass). Obsidians are reconnoitered to the north from Yerevan, in the area of Hrazdan. The turquoise, versions of onyx and other semiprecious stones are also extracted in Armenia.