Armenian Genocide Museum opened in 1995 (architects Kalashyan and Mkrtchyan), in the year of the 80th anniversary of the Armenian Genocide, carried out by the Ottoman Turkey in 1915.

The museum building was built on the hill of Tsitsernakaberd on the territory of the Memorial of Genocide Victims. On the upper floor of two-storey building located in a semicircle 3 rooms.

The exposition includes documents and photographs that reveal the history of the preparation and implementation of the ruling circles of the Turkish genocide of Armenians. It also contains materials of various international organizations, government agencies, condemned the genocide.

On the ground floor there are rooms for library, document storage, conference room, work room, because the museum is also a research center for the study of the history of the Armenian Genocide. 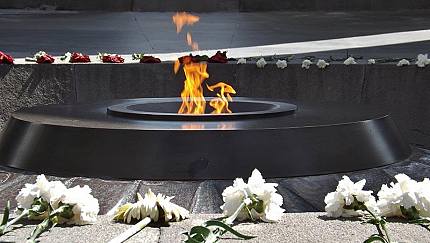 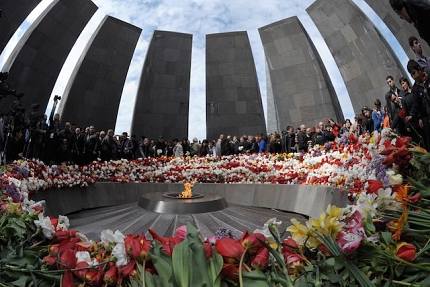