Jermuk waterfall is one of the brightest natural attractions of Armenia

Jermuk waterfall is one of the brightest natural attractions of Armenia. It is located at an altitude of about 2000 m above sea level near the town of Jermuk in Vayots Dzor Region. Waterfall, reaching a height of 68 m, is the second highest in the country.

According to legend, a long time ago it was a local nobleman on a cliff top castle, who had a very beautiful daughter. Many noble young men asked to married on her, but she denied everything, because the will of fate fell in love with a poor but handsome son of a shepherd. Every night she kept her from his window in the gorge rope to her lover could meet her. Father, once heard about this, very angry, and said that if she once again to meet him, then turns into a mermaid, and not be able to never leave the water. The daughter didn't listen to his father and in the night, without ropes, she descended into the ravine her long hair. Then it was fulfilled the prophecy of his father - the girl turned into a mermaid and her hair water flows down from the cliff. Since then, the people called this waterfall "Maiden's braids."

Jermuk waterfall famous for its healing properties. High-quality mineral water from these sources contain a variety of chemical elements that are beneficial to the human body. 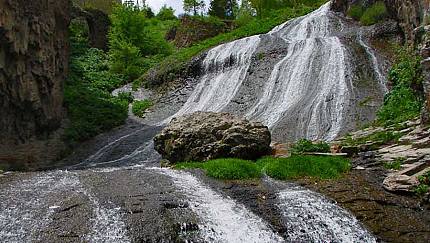 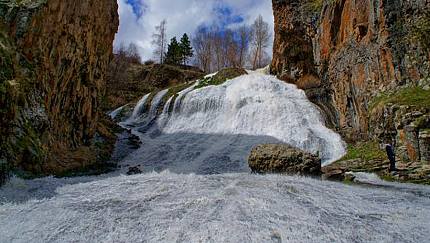 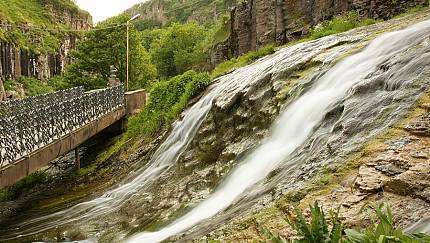 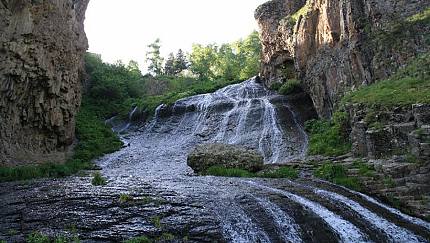