The village of Oshakan is the burial place of the great Armenian enlightener Mesrop Mashtots, the creator of the Armenian alphabet.

Over the grave of Mashtots, located in the south-eastern part of the village, in 443 year was built a little spot by Vahan Amatuni, where 1875-1879 year Catholicos Gevorg III built church which is standing today. It is a traditional nave basilica crowned with belfry over the altar apse, and reminds us of the first centuries of Christianity in Armenia.

On the right side of the altar there is a crypt in the basement where the old chapel under a marble tomb relics of Mashtots. In the enclosure of the church among others was buried Prince Vahan Amatuni his tomb preserved and is located on the right wall of the basilica, with its outer side.

Near the church St. Mashtots another noteworthy building. In 1914-1916, the tragedy of genocide in Western Armenia brought here a lot of orphans. They were placed in the building of the church school, where the children's home was opened. It is a building of the XIX century. It survived to this day.

There is also a monument to the Armenian alphabet in Oshakan. In 1962 it was installed by the architect G. Torosyan. 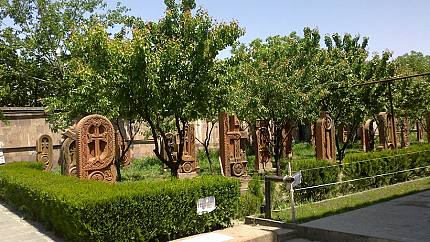 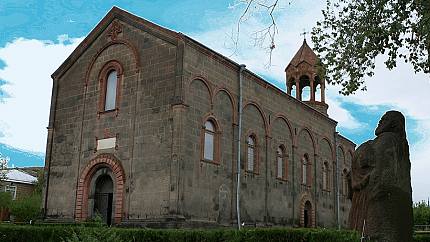 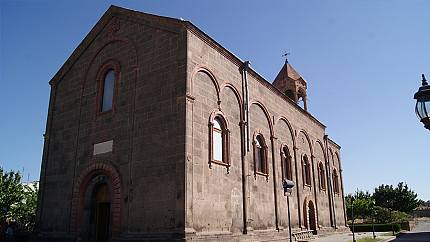 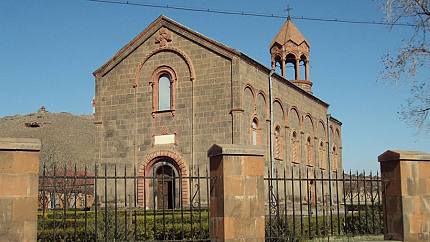