Тhe oldest building of the monastery complex of the Church of St. Gregory was built at the end of X century

The oldest building of the monastery complex of the Church of St. Gregory (St. Gregory) was built at the end of X century. Fleeing from persecution by the monks of Western Armenia was subject to Byzantium.

Among the monastery church deserves attention Haghartsin Monastery (St. Mary) 11c., Newly rebuilt in 1 287g. It is the largest building of the monastery dominates the whole ensemble. Church Astvatsin is typical of Armenian cross-domed building with a magnificent decoration of facades separated by Armenian niches into three parts.

An interesting sculptural group of the eastern facade of the church depicting two men in monastic attire, pointing hands on a model placed between them, is the model of the initial completion of the dome of the church.

At 13c. Haghartsin Monastery became a major center of spiritual and cultural life of the region. 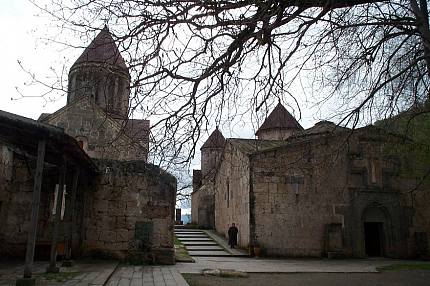 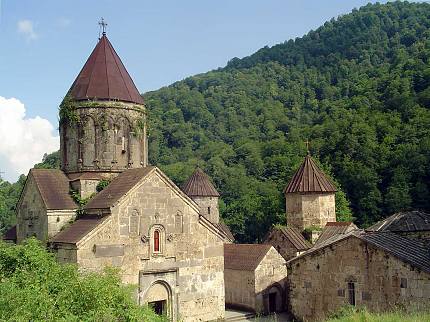 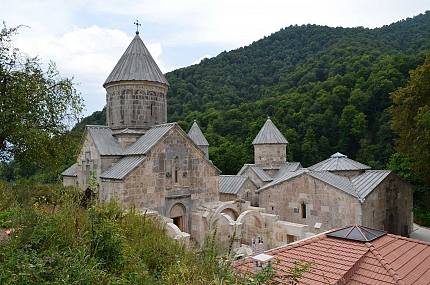 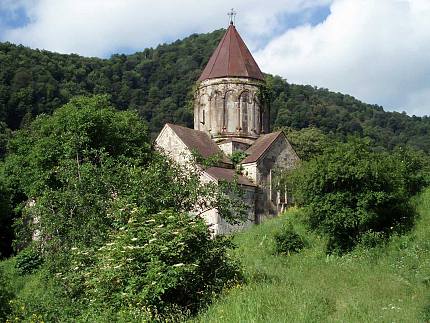