Before entering to the Echmiadzin you can find the majestic temple of St. Hripsime

Before entering to the Echmiadzin you can find the majestic temple of St. Hripsime. Hripsime - the name of the martyr, whose tomb is in the crypt under the altar. An ancient legend about the death of the Roman virgins know all the residents of Echmiadzin.

She was a Christian and didn't want to become the wife of a pagan emperor Diocletian, fled with his friends in Armenia, where, according to the stories had a lot of Christians. But here, in the capital Vagharshapat also reigned Gentile - Trdat III. Informed letter Diocletian, he ordered to track down the fugitive, but, struck by her beauty, didn't send her back to Rome and decided to marry himself. But Hripsime refused him, causing this grave insult to the royal person. Arrangements and threats didn't help. Then it was declared a criminal state of the spread of Christianity, subjected to severe torture and put to death. In place of her execution chapel was built in IV century. In the VII century Catholicos Komitas demolished chapel and erected a current temple Hripsime. This is evidenced by the inscription on the western wall of the temple from the outside. 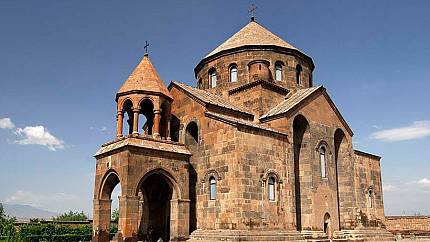 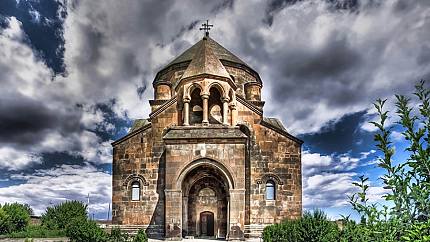 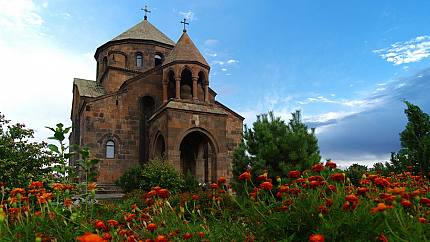 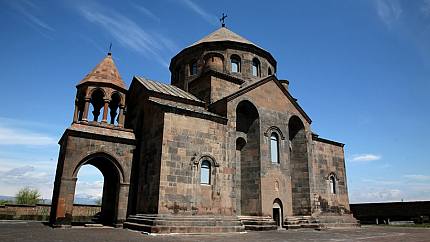