Monastery Khor Virap is as popular tourist destinations such as the Cathedral of St.. Etchmiadzin, Garni temple and Geghard Monastery. It occupies a special place in the history of Armenia. Literally translated from armenian Khor Virap means "deep hole" or "deep well".

Architectural monument, built in XVII, perched on a hill near the village of Pokr Vedi Ararat marz. In the old days there was a historical city of Artashat, one of the ancient capitals of Armenia. It is one of the shrines of the Armenian Apostolic Church, a place of pilgrimage.

According to chronicles the famous Armenian historian Agatangegos here bore his sufferings Grigor the Illuminator - the founder of the adoption christianity in Armenia (301).

According to church tradition, Grigor was imprisoned in a prison on the orders of King Trdat III of, caught in what he professes Christianity. Grigor spent in prison 13 years.

On the territory of the monastery was called the most beautiful view of the Biblical Mount Ararat and entire Ararat valley. 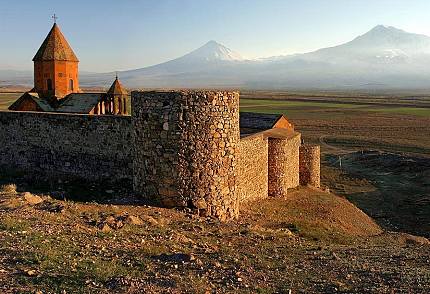 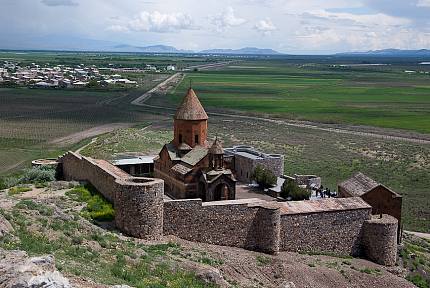 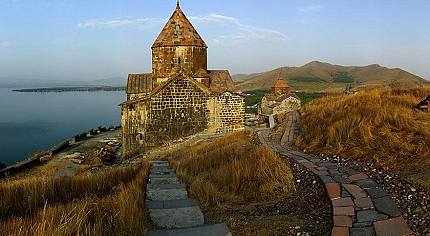 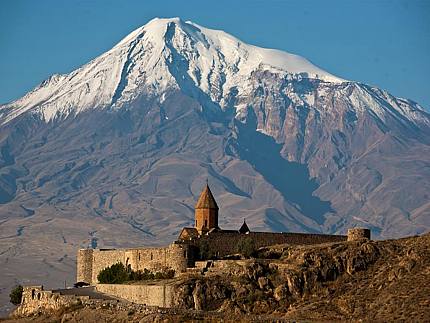