Until 1936 the town was called Erivan. Yerevan is often called the "pink city"

Between the two mountains Aragats and Ararat, is located one of the oldest cities in the world, a symbol and the capital of Armenia - Yerevan.

Yerevan is located on the Hrazdan River (a tributary of the Arax), on the Ararat valley. Until 1936 the town was called Erivan. The city is built on the principle of the circle from which radiate the street. From the north to the west crosses Yerevan Hrazdan gorge with picturesque parks, lakes and waterfalls, cafes and restaurants. Through the valley a bridge "Haghtanak". Since it offers a beautiful panorama of the city.

Yerevan is often called the "pink city" because almost all the buildings in the capital of Armenia, built of tuff - a volcanic rock that has a pinkish hue.

The city is the political, economic, scientific and cultural center of Armenia. The city is attractive for its squares, museums, galleries, theaters, universities, restaurants, cafes and parks.

In 1924 architect Alexander Tamanyan designed today's general plan of the city. It was originally designed so that Mount Ararat is visible from every building.

The city is known for its excellent water, hospitable people and of course the amazing views of the Ararat. 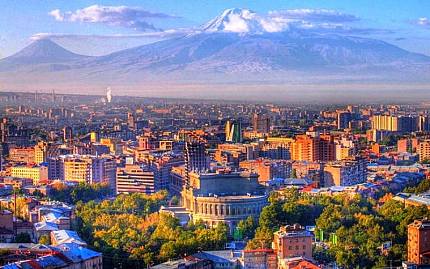 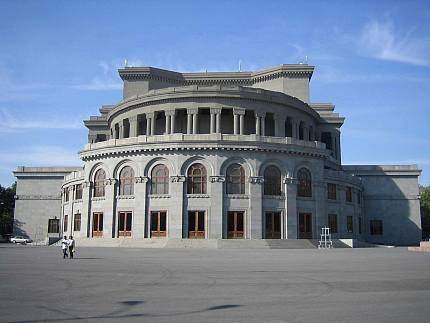